That being said, I created a personal top 10 of the cheesiest and most favorite Christmas movies I’ve watched. It wasn’t easy, as there are A LOT of them. Choosing between number one and number two was even harder. But here is my top 10. Number 10 is the least cheesy one, while number one is the winner of this cringe-fest contest.

And speaking about Christmas, have you bought gifts for your family and friends yet? If not, shop below for the perfect Christmas presents! In case you love these ideas, you can easily order them on Amazon.

SHOP BELOW FOR CHRISTMAS GIFTS

Christmas Movies To Cozy Up With

The Holiday is an epic Christmas movie that you can’t miss. In this film, Iris (played by Kate Winslet) and Amanda (played by Cameron Diaz) have something in common. Even though they’re miles apart, they’re both miserable because of their relationships and want a fresh start. This is why they both decide they should do a home exchange for Christmas.

So Iris comes to California, while Amanda goes to England. Then, in true Christmas movies fashion, both of them find a man they can connect with. Now you’ll have to watch the whole movie to see who ends up with who and how they spend Christmas.

But you know, besides the whole woman meets man for Christmas movie trope, The Holiday is such a cozy and relaxing film to watch. Kate Winslet’s, Cameron Diaz’, Jack Black’s, and Jude Law’s performances are refreshing as well. So this movie is a cozy rom-com that’s perfect to watch with your family, partner, or even by yourself.

Kate Andrich is an unsuccessful singer working as an elf in a London shop. Or in her own words, she’s a mess. She has a negative perception of life because of something that happened to her in the past. However, her views on life may start to change when she meets Tom, a goofy stranger who volunteers at the local shelter.

See, Tom is different from anyone else in her life. He seems to get her, while also offering her alternatives. He shows her how to have fun, how to give to people in need, and how to give herself a break. Basically, he comes into her life at the right time.

But when she dares to hope for more from their relationship, she’s forced to face the reality. Who is Tom? And why is he always so hard to find? This is a rom-com with an emotional and unexpected plot twist.

Love Hard is a popular Netflix holiday movie. If you haven’t watched it yet, you must do so. In this film, Natalie, played by Nina Dobrev, is determined to put an end to her disastrous dating history. Hence she joins an online dating app where, after many bad encounters, she meets Josh.

Well, Josh seems like the perfect guy for her. He’s handsome, treats her well (virtually), and listens to her. So of course why not surprise him for Christmas by coming unannounced to his home? Which is in a completely different state, by the way.

The funny part starts when Natalie finds out Josh isn’t exactly the guy he pretends to be. What’s funnier is that, while drinking away her sorrow at the local bar, she actually meets “Josh”. What follows are some funny moments where fake Josh tries to help Natalie get the real Josh, plus more entertaining family interactions.

This movie is great for fans of rom-com and holiday movies. To my surprise, Nina Dobrev is really funny and the comedic role suits her.

Jacob Turner is an established and popular best-selling author. He’s smart, handsome, and successful, but hasn’t found his significant other yet (as is the case with these Christmas movies). So anyway, his life is about to change when a call from a lawyer puts him on the road to his estranged mother’s home. Turns out his mom died a week before and left everything to him.

There, he meets Rachel who’s on a mission to find her biological mother. Since Jacob/Jake used to know her, he agrees to help. Together, they travel through New England just before Christmas to find the answers she’s been looking for all her life.

Amid Jake’s inner battle with the past and Rachel being engaged to someone else, they form an unexpected connection. But who will they choose in the end? Plus, does Rachel find out the truth about why her mother gave her up for adoption?

Also read: 6 Feel-Good Love Stories If You Like A Little Romance

In this cheesy rom-com, we have farm girl Callie who’s trying to keep the family land from being bought out of the family. So she, together with her little sister and ill mother, work continuously to maintain the ranch.

This is where handsome Joseph comes into the picture. You see, Joseph is a wealthy corporatist who arrives at the ranch in order to convince Callie to sell it. To do so, he poses as a ranch hand and starts working for Callie.

Now, of course, he has to do the physical and dirty work, like helping a cow give birth and all that. But at least he gets to spend time with Callie. Feelings start to get in the way, however, and sooner or later, she’s going to find out his real identity.

If you like this cheesy romantic Christmas movie, then know that apparently there’s a sequel: A California Christmas 2: City Lights (2021).

Hayley is going back to her family’s home for Christmas to be with her sister and her fiance. Unfortunately for her, her undeclared nemesis, Paul, happens to be there, You see, Hayley considers him responsible for her last break-up because of something he said.

The enemies vibe and sarcasm between them lead to them getting comfortable around one another. And as they spend time together for the holiday’s sake, they start to see each other in a different light.

This movie is really cozy and besides being cheesy, it’s fun, relaxing, and optimistic. Plus, if you like a little enemies-to-lovers kind of vibe, I’m sure you will enjoy it. And let’s not forget that it has Chad Michael Murray in it, who’s kind of becoming the Christmas movies king.

There’s something about royal Christmas movies that you know you’re in for extra cheesiness.

In this case, Katie is a retired figure skater who works as a coach and choreographer. Being successful as both, she is hired by King Alexander of San Senova (whom she previously runs into without knowing who he is, evidently) to organize a skating pageant and train his daughter for the contest.

The classic story of a hero who witnesses how good the heroine is as a person and with his daughter in particular, and falls in love with her. If you’re a fan of royal love stories, this is for you.

Maggie and her friend Sarah are taking a vacation in Europe in order to rethink her career. There, on the streets of Calpurnia, she meets a handsome stranger who, in order to make up for almost hitting her with his motorcycle, invites her to coffee. Though not a spontaneous person, Maggie accepts to see him without knowing that the mysterious stranger is actually the future king of Calpurnia.

So, of course, they spend time together, he miraculously trusts her with his most important secret passion and seems to be dependent on her from the first few moments of them meeting. But we wouldn’t have it any other way in a romantic Christmas movie, right?

Anyway, with his coronation in a few days, Maggie is faced with a decision she has to make. Stay with Adrian in Europe and step into an unfamiliar life? Or go back to New York and take the job she’s always dreamed of?

If you’re in the mood for cheesy holiday romances, this is one movie you have to watch. It was filmed in Romania and delights us with beautiful scenery.

As a journalist, finding the truth and writing stories is in Amber’s blood. This is why her boss sends her on a special mission to get all the scandalous facts about the notorious Prince Richard of Aldovia. Basically, he has a reputation for being a rebel. Anyway, with the help of a few inspired lies, she makes her way into the royal palace.

In the meantime, Prince Richard is dealing with the death of his father, the King, as well as with the responsibilities that come with becoming the next monarch. Then there’s also the fact that he needs a wife. A queen.

Through the time they spend together, they get to know each other better. But what happens when secrets are discovered and lies are unveiled? Does Prince Richard risk losing everything? And can a relationship that started based on lies last?

And the WINNER, the CHEESIEST of all the romantic Christmas movies I’ve ever seen is……The Knight Before Christmas with Vanessa Hudgens. Although for a period of time I thought nothing could outrank A Christmas Prince in the cheese department…but this movie proved me wrong.

To sum up, Sir Cole is transported into the future by an old crone in Ohio, 21st century, just a few days before Christmas. This is where he accidentally meets Brooke, played by Vanessa Hudgens, who’s a teacher and all the kids love her. Now, if the time travel love story sounds familiar, it’s because it is. This movie is like an Outlander retelling, only cheesier and more cringe. Even the hero is a Jamie Fraser wannabe lookalike, with curly hair, and the same haircut.

Anyway, seeing how confused and lost Sir Cole is, Brooke decides to help him by offering him a place to stay in her guest house.

A few embarrassing moments later, he starts to get accustomed to the 21st century. It’s just that he has until midnight on Christmas Eve to fulfill a quest so he can return to his time. There’s one problem though. He doesn’t know what the quest is.

There are two questions here. First, can he find and fulfill his quest in time? And second, will he choose Brooke or his homeland? If you like brainless and cheesy romance Christmas movies this time around, make sure to watch this. 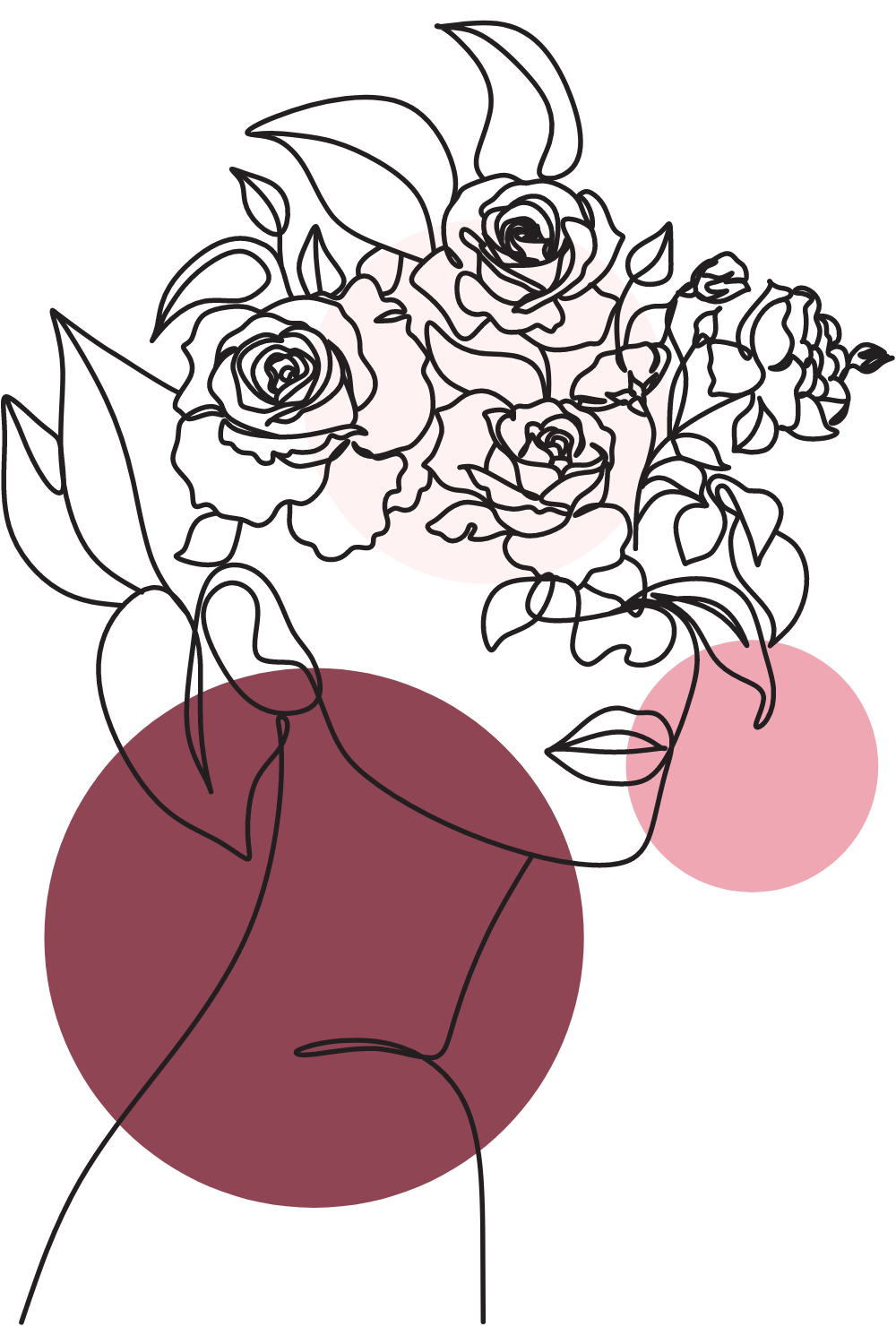